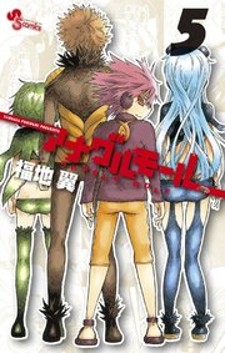 Luchiru is a Majin who lives beneath the surface of the earth. He was sent on the surface of the earth as a Spy who will gather information in order to defeat the humans who is living above it. But the problem is "Majin's have a different understanding about Humans, they strongly believe that the Human Race are far more superior than Majin's in every sort of way, but in fact it is the other way around. How would Luchiru survive in the Human World where he has different point of views on the strength of Human that he Strongly believe that just a touch would make him combust and be disintegrated in an instant?!
Chapters
Top genres
romance 16669comedy 11680drama 10520school life 7300fantasy 7009action 6486shoujo 6122slice of life 5622shounen 4899supernatural 4864Manga 4639seinen 4428smut 3643adventure 3639Webtoons 3611josei 3211one shot 2323historical 2186mature 2112mystery 2012