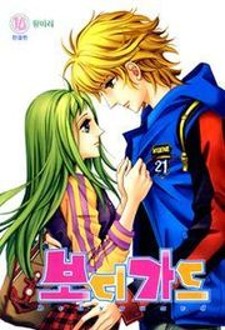 It's about four people. A young police man who joined the force so he could beat people up legally. While he was on the join he messed up and was almost fired but instead was given the job of body guard. So now he has to live like a teen again. the second one is a kid who was raised to take over a large business till they found the real heir. He then became the servant of the new heir. the third one is the new heir. She used to be a normal girl who was orphaned at a young age but was soon found to be the heiress. She used to be normal but the power and money twisted her head and made her a spoiled brat who doesn't care about anyone but her self. The last one is a biker gang's boss. She has a thing for rules and is rather strong. Though her appearance is the total opposite of her strength. She was the reason why the police man almost got fired. She has an odd way with people and can easily persuade them. She is also a body guard for the rich heiress though the reasons are unknown. Read this manga from right to left
Chapters
Top genres
romance 16669comedy 11680drama 10520school life 7300fantasy 7009action 6486shoujo 6122slice of life 5622shounen 4899supernatural 4864Manga 4639seinen 4428smut 3643adventure 3639Webtoons 3611josei 3211one shot 2323historical 2186mature 2112mystery 2012